No one likes us

We don't care. Well, they wouldn't, would they, being boats.

To return to the theme of blue tops, in which I got mildly involved having seen a few on our recent travels ... I can see why they don't inspire passion. They're not beautiful, they weren't even liked when they were new because apparently they swim like pigs; it's a bit of a mystery why BWB commissioned them in the first place, as late as the late fifties, when they already had more boats than they knew what to do with. They don't even qualify as historic craft for current BW licencing purposes. Many if not most of them do survive, albeit with varying degrees of mutilation. As I said previously, I don't believe I've seen a fully restored one; Anne, pictured here last August, is perhaps the closest. 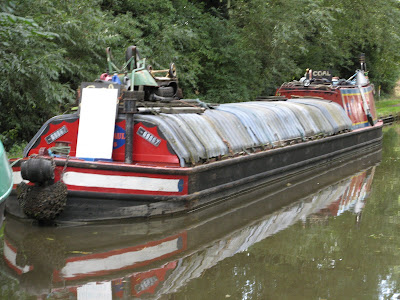 Yet it would be sad if they all disappeared or changed beyond recognition. Anne is not as original as it perhaps looks, for it was one of two of these boats built to have its engine externally mounted on the stern. The other was Lee, whose owners we met in Cambridge and again at St Ives. Lee does still have an externally mounted engine (albeit not the original Harbourmaster), but Mark and Toni are planning to change that soon, although they aim to keep the wheel steering. You can't blame them, as there's clearly a reason why only two boats were built like that and it never caught on, but it's still a shame.

Mark kindly gave me a couple of photos of Lee to post here. Here it is as they bought it, an effluent boat on the Thames, 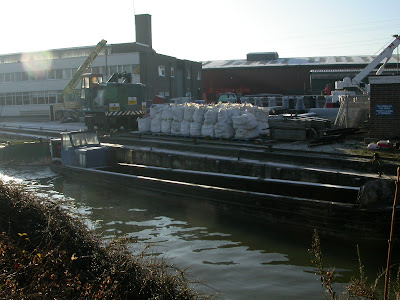 And here it is with their new cabin on it. The engine is in that big box on the back. 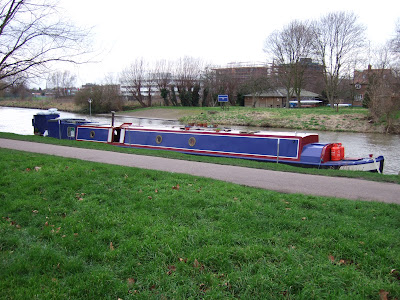 Finally, the boat I spotted at Bill Fen has been identified by Lyn Shotbolt (and confirmed by the good posters of Canalworld) as Axe. 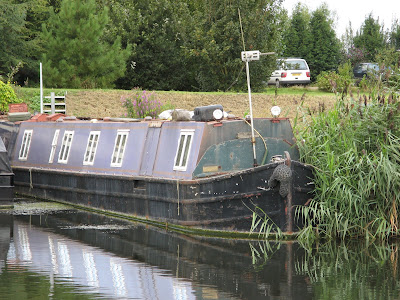 A former butty, Axe now has a very nice traditional style counter stern; its old butty rear end (under the name of Rebekah) is now a floral display in Stone, where I saw it last year but failed to take any pictures.
Posted by S at 6:42 PM