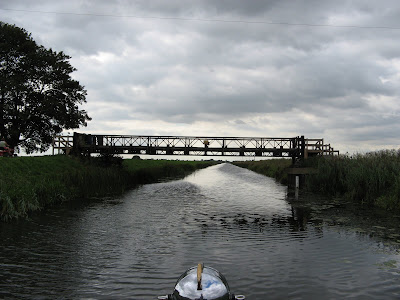 Ramsey Hollow Bridge was in the (waterways) news last year. It spans the Forty Foot, and, until last December, had headroom of about 5', or 1.5m. Low, even by Middle Level standards. Last December, a team of Royal Engineers, funded largely by the Peterborough IWA, raised the bridge by nearly a metre to open up a 'cruising ring'. We noted the bridge with interest as we sailed easily beneath it. We assumed, that had it not been for last year's efforts, we would have had to find an alternative route.

Not so, we subsequently learned. When John Shotbolt built Warrior for the Middle Level, he not only made the boat short enough to go through Welches Dam Lock, but also low enough to go under Ramsey Hollow Bridge, and he and Lyn cruised the Forty Foot many times. Once, Lyn told us, as a result of going too fast - and so raising the front of the boat - they had scraped the bridge. And the evidence is still there to be seen. 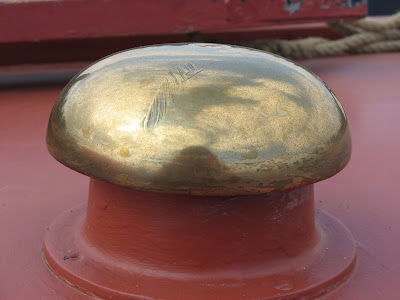