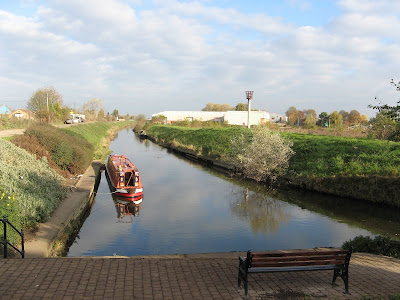 When we're up at Bill Fen I usually walk into Ramsey every day, along the bank of the river, but we'd never taken the boat up there - for the very good reason that it's a dead end. The river - the High Lode - was culverted and the town's main street (called Great Whyte, and running at right angles to the old High Street) built over it in the 1850s. 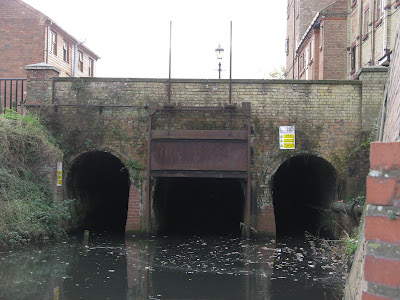 We did mooch up there one time in Helyn, and at that point the town quay, as it now is, was non-existent, or at least derelict. It's been smartened up since then - which would have been about four years ago. There's room for a couple of moorings and what I suppose might be a winding hole. Warrior just about got round in it with inches to spare - just as well, as it would have been a long way backwards back up the High Lode with nowhere to turn until we got back to the marina. 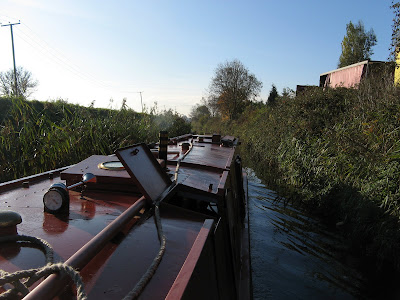 What a boat! Built to fit all the local dimensions perfectly - even ones that didn't exist at the time. Oh, except for the draft, of course. Couldn't get both ends in to the bank, even at the official quay bit.
Posted by S at 8:18 PM