Civilisation again (and how!) 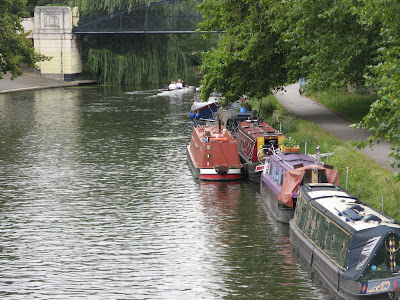 Apologies for absence. First I thought it was just abysmal reception. Then when I realised that the phone was working consistently, I thought it was the T-Mobile card. But since ariving in Cambridge and removing the aerial, I realise that the problem was, in fact, the aerial. Or more accurately, the fact that one of us has crushed its wire in the hatches. Bugger. Back to exterior rooftop internet (except here in Cambridge of course where you can probably get broadband via your fillings (no good to me, I haven't got any)).

Still, I have now caught up with uploading the photos I couldn't before. Great place, Cambridge. We were invited to tie up alongside resident tug Pyxis, which saved us struggling to find a mooring place (in such short supply we had originally thought that we wouldn't stay here but would turn straight round and go back again). We found a bun shop (much needed) and a launderette (ditto) where Jim got chatting to a man translating Assyrian fragments.

Brief catch up. Wednesday was spent at Well Creek in the rain. It always rains when we're there. When we were there with Helyn, in the time it took to tie up, there was such a downpour that the cockpit was two inches deep in water and we were soaked to the skin. Thursday, off to Salters Lode lock, which was great. 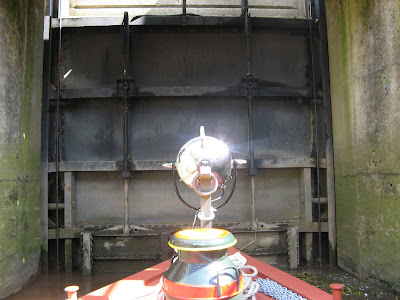 Paul the lock keeper showed us the tidal stretch we would be crossing and explained how best to do it; we also tlked to him about coming back via the New Bedford River against the tide. It sounds do-able and I think we will give it a go. The tidal part of the Ouse was great. We'd been a bit worried about the wind but Warrior lapped it up and the engine came into its own. It was over all too quickly as we sailed into Denver Sluice and were locked onto the Great Ouse.

I liked this a lot better than the Nene. It was wider and flatter and prettier and didn't have any of those pesky locks. We got as far as Ely, which was a disappointment. A pretty place, but unwelcoming somehow. On Friday we decided to move on to Fen Ditton, on the Cam, where reside my colleague Rosie and her partner Jim. We moored at the Plough pub, so felt honour bound to go and have a drink in there. I'm prepared to believe that it's improved since it was a Brewers Fayre, but it was still pretty dreadful. Anyway, no one seemed to care about the mooring, or indeed about collecting the glasses which were all still on the garden tables in the morning. We repaired to Rosie and Jim's house where we had a lovely time. And in the morning we set off for Cambridge. And here we are. 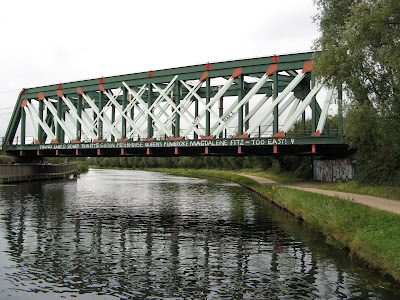